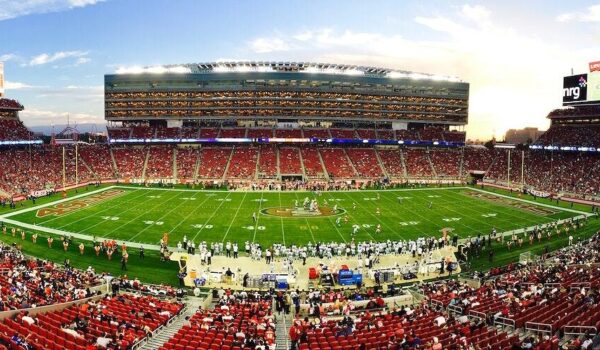 Every year, the National Football League (NFL) hosts the eagerly anticipated Super Bowl Halftime Show. Millions of people tune in annually to watch the football stadium turn into a concert stage for 25 minutes.

The Super Bowl Halftime stage has seen the likes of renowned artists such as Lady Gaga, Katy Perry, The Weeknd, and Coldplay. Despite how acclaimed these stars are, they are paid nothing to perform at the Halftime Show. Instead, the artists are paid in exposure as the show is one of the most coveted performances of the year. Following the production, many halftime performers see a large increase in streams and sales.

To put on this momentous task is not cheap, and the NFL reportedly finance around US$10 million for the Halftime Show each year. Many productions have been considerably more expensive than this budget, however, with some artists contributing their own money to the performance.

Recently, the NFL announced that Rihanna would be headlining the LVII Super Bowl Halftime Show in 2023.

Ranking first as the most expensive Super Bowl Halftime Show was last year's performance, in 2022.

The show cost a record-breaking estimated US$20 million, with Dr Dre contributing US$7 million of his own money. A total of 117 million people tuned in to see the hip-hop and R&B legends perform.

The second most expensive Super Bowl Halftime Show was 2 years ago in 2021, with The Weeknd headlining.

The show reportedly cost an astounding US$17 million, with The Weeknd contributing US$7 million of his own money to the production. On average, 91.63 million viewers watched the Halftime Show live.

To create the stage for the performers at the Super Bowl, it cost the NFL around US$13 million. On average, 101.32 million tuned in to watch the women perform a combination of their greatest hits.

Prince performed at the XLI Super Bowl Halftime Show in 2007, which about 93.18 million viewers tuned in to watch. It is considered by many to be the best Halftime Show of all time.

Reportedly, the Halftime show cost the NFL around US$12 million.

The rock and pop stars' performance at the NFL cost an estimated US$11 million.

The performance cost the NFL US$10 million, with 151 million viewers watching it on YouTube. The production was regarded so highly that it received 2 Emmy nominations: Outstanding Short-Format Live-Action Entertainment Program and Outstanding Lighting Design / Lighting Direction for a Variety Special.

In 2017, Lady Gaga performed at the LI Halftime Show.

It is estimated that the pop star's performance cost US$10 million with an average viewership of 111.32 million.

World Cup 2022: Were the USA robbed of the win over Wales?

A social media storm followed the United States vs Wales World Cup match, as fans took to twitter to [...]