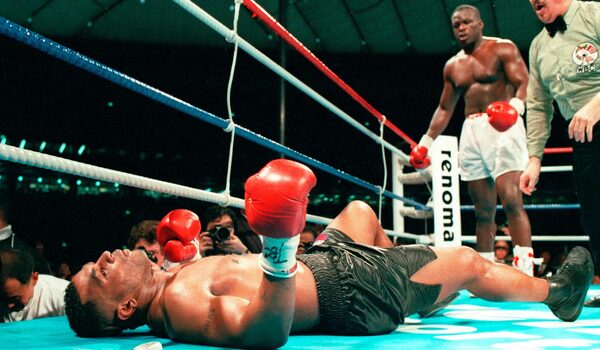 Sports alone is entertaining but when the underdog wins, it has everyone on the edge of their seats, unless you bet against them…

But, it’s a different story when you’ve bet on the dark horse and that dark horse had odds of +5000 or more!

We have compiled a list of the longest odds ever in sports betting history to come out on top.

The St. Louis Cardinals were +99900 to win the world series in 2011, with 15 games left they were 4 and a half games behind the Atlanta Braves to win an NFL wild-card spot.

After Atlanta's collapse, the Cards went 11-4 in their final 15 games, defeating the Texas Rangers to win the World Series. A 999-1 run goes a long way to show why baseball is just so entertaining!

This was the second time the Marlins won as the wild card, the previous being in 1997 after beating the Cleveland Guardians 4 games to 3.

In 1999, the St. Louis Rams were +1500 to win the Super Bowl that year with the favourites being the Minnesota Vikings who were +450. This is the perfect example of one of the biggest pre-season Super Bowl long-odd winners.

At the time, the Rams were one of the worst teams in the national league and one of their best players was out with an injury. The Rams ended up beating the Tennessee Titans in the Super Bowl final 23-16.

In 2017, the Philadelphia Eagles were +6000 to win the Super Bowl in 2018, making them one of the biggest underdogs in the preseason, with quarterback Carson Wentz out with a torn ACL.

The Eagles ended up making it to the Super Bowl final and beating the New England Patriots 41-33.

During the 2005/06 NHL season, the Carolina Hurricanes were +6000 to win the Stanley Cup, making them one of the biggest long-shots to win.

The Hurricanes defeated the Buffalo Sabres, who were +1200 to win, 4-3 in the Eastern Conference final.

After the 7-game final, the Hurricanes managed to beat the Edmonton Oilers (who were +2500), 4 out of the 7, making them the 2006 Stanley Cup Champions.

During the 2014/15 NBA regular season, the Golden State Warriors were an underdog to win the NBA finals, with +2800 as their odds to win.

The Golden State Warriors, who had won the Western Conference, defeated the Cleveland Cavaliers, Eastern Conference winners, in six games (4-2) to win their fourth championship overall and the first in 40 years. They made history by becoming the first team since the Chicago Bulls of 1990–1991 to win the championship without playing in any finals previously.

At the beginning of the year, recently promoted Leicester City from the Championship were +5000 to win the Premier League title during the 2015/16 season.

As expected favourites Manchester United, Liverpool, and Chelsea finished 5th, 8th, and 10th, and Leicester went on an unlikely run to win their first Premier League title. It was highly unlikely that a team like Leicester would win the league, yet they did, and it certainly made a few people lots of money.

In 1990, Buster Douglas was set to fight Mike Tyson who was 37-0 with 33 knockouts and the favourite to win. Douglas was +4100 to win against Tyson and despite being knocked down in the 8th round, he was able to knock out Tyson in the 10th round, crowing him as the winner.

Although Douglas didn't do so well after the fight, it changed Tyson who wasn't the same since.