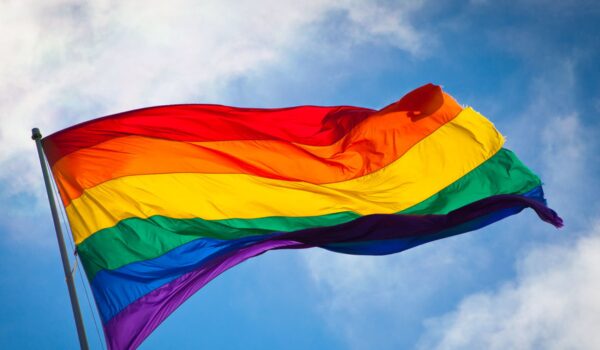 The decision to host the 2022 World Cup in Qatar has been met with vast criticism, from last-minute alcohol bans inside stadiums to discussions around the country's human rights violations. More recently, the ‘OneLove’ armbands controversy is in headlines as FIFA announced a ban on them despite many team captains preparing to wear them.

Originally launched in 2020 by the Royal Dutch Football Association (KNVB), the ‘OneLove’ armbands are a way for footballers to show their solidarity with the LGBTQ+ community. The white armband features a rainbow flag in its centre with the words ‘One’ and ‘Love’ either side of it.

The campaign by KNVB was created to use the powerful influence of football to promote a message of inclusivity and opposition against all forms of discrimination, but in particular intolerance towards same sex relationships. The team captains of England, Switzerland, Belgium, Wales, Denmark, Netherlands, and Germany, were planning on wearing the armband during their World Cup games to protest Qatar’s homophobic laws.

On 20th November, in a joint statement by the football associations of nations who planned to wear the armband, it was announced that FIFA threatened to issue yellow cards to any player who wears the ‘OneLove’ armband. According to FIFA rules, no team equipment should be used to make religious, personal, or political statements. Football clubs were prepared to pay fines for breaching kit regulations, but the new sporting sanctions meant the possibility of being sent off the pitch or banned from later tournament games was too great.

Backlash to the ban

Since the announcement from FIFA, all 7 European nations have refrained from wearing the armband. Naturally, the decision has been met with backlash and claims of performative activism despite FIFA claiming it supports ‘OneLove’ and all other legitimate causes. Some argue that if players were prepared to be sent off the pitch to stand up for their beliefs in universal human rights, then it would be a powerful statement.

The Netherlands stated the decision comes with a ‘heavy heart’ as the players were eager to wear the armbands.

The football associations stand firm in their stances to not wear the armband, however, and state that it is not the responsibility of football players to discuss Qatar’s violations of human rights. Players are simply there to play football.

Some countries were not as easily appeased as others. In protest to the sporting sanctions imposed by FIFA, German players posed for a team picture with their hands covering their mouths before their opener against Japan. A defiant Twitter post followed the gesture, explaining how the team will not allow their voices to be silent on such an important political issue.

It wasn’t about making a political statement – human rights are non-negotiable. That should be taken for granted, but it still isn’t the case. That’s why this message is so important to us.

Denying us the armband is the same as denying us a voice. We stand by our position. pic.twitter.com/tiQKuE4XV7