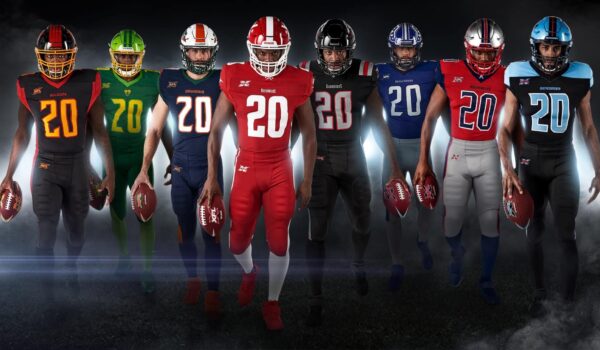 After generating a swell of excitement for the 2020 season which was ultimately cancelled as the organisation declared bankruptcy, the XFL is finally returning and it's bringing a whole new rulebook to play with.

The new rules include innovative changes in the areas of clock management, play reviews and late game possession designed to improve gameplay and enhance the fan viewing experience.

Our innovative rules are the cornerstone of our League and a clear example of our commitment to advance the game. These changes will increase possession and scoring options while remaining true to the spirit of the game.

Popular rule innovations such as tiered extra points and double forward passes will carry over from the 2020 season. Teams will also continue to line up five yards apart on kickoffs, as they did in 2020, which resulted in fewer injuries and a 92% return rate.

Among the new game enhancements is an extra possession option, where in addition to an onside kick at any point during the game, teams may now attempt to retain possession by converting a 4th and 15 play from their own 25-yard line in the fourth quarter only.

Below are some of the XFL’s key new rules and modifications from 2020:

These new rules look to create a unique viewing experience for the 2023 season that will separate the XFL from the NFL, giving football fanatics around the world year-round entertainment.

The league is still much smaller than it's predecessor - with just 8 XFL teams competing against each other - but 10 games have already been scheduled in the lead up to the XFL Playoffs at the end of April.