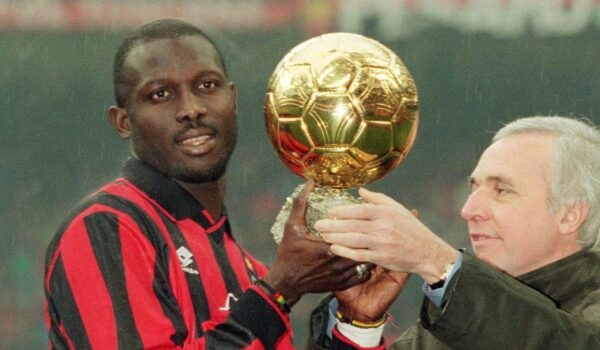 Throughout history, many famous sportspersons have successfully transitioned into politics. These individuals have used their fame and popularity as athletes to gain support, win elections and promote change in the political arena.

Here, we will take a look at some of the most notable examples of sportspersons who went into politics.

From the Court to the Senate

After retiring from the NBA, Bradley turned his attention to politics. He was elected to the United States Senate from New Jersey in 1979, serving three terms until 1997. During his tenure in the Senate, Bradley was known for his work on economic and social issues, particularly in the areas of healthcare, education, and campaign finance reform.

Bradley also ran for the Democratic nomination for President of the United States in 2000, but ultimately lost to Al Gore. Despite his defeat, Bradley remains a respected figure in American politics and continues to be an advocate for progressive policies.

From the Field to the Presidential Palace

George Weah is a former professional soccer player and current president of Liberia. He began his professional career in the 1980s and quickly became one of the top players in the world. He won multiple awards, including the FIFA World Player of the Year in 1995, and played for several top clubs, including Paris Saint-Germain and AC Milan. He is widely viewed as one of the greatest players in history never to play in the World Cup.

After retiring from soccer in 2003, Weah began his political career and ran for president of Liberia in 2005. He lost that election but ran again in 2017 and won, becoming the first-ever soccer player to be elected president of a country.

From the Pitcher's Mound to the Senate

Jim Bunning is a former professional baseball player and United States Senator. He played for the Detroit Tigers and the Philadelphia Phillies from 1955 to 1971, and was known for his impressive pitching skills. He was inducted into the Baseball Hall of Fame in 1996.

From the Ring to the Pulpit

George Foreman is a former professional boxer and ordained minister. He won the world heavyweight championship twice, and is best known for his memorable matches against Muhammad Ali and Joe Frazier.

After retiring from boxing, Foreman became an ordained minister and began to focus on his religious and philanthropic pursuits. He founded the George Foreman Youth and Community Center, a non-profit organisation that provides support for young people and underprivileged communities. He has also been active in politics, supporting various charitable causes and advocating for social justice and equality.

Foreman has also been a popular pitchman for products such as the George Foreman Grill, further solidifying his status as a cultural icon.

The Terminator in Politics

Arnold Schwarzenegger is a former bodybuilder, actor, and politician. He rose to fame in the 1970s as a competitive bodybuilder, winning the Mr. Olympia contest seven times. He later transitioned to acting, starring in films such as the "Terminator" series and "Predator."

In 2003, Schwarzenegger ran for and was elected Governor of California, serving two terms until 2011. As governor, he was known for his business-friendly policies and his efforts to address the state's budget deficit. He also supported environmental protections and fought for healthcare reform.

Schwarzenegger has remained active in politics and public service since leaving office, serving as an advocate for climate change and health initiatives. He has also been an active philanthropist, supporting various charitable organisations and causes.

A Great in the Ring and the Political Arena

Muhammad Ali, also known as "The Greatest" in the boxing world, was not only a legendary athlete but also a political activist. Ali began his professional boxing career in 1960, winning the heavyweight championship three times and becoming an iconic figure in the sport. However, he also used his platform to speak out against injustice and inequality.

In 1967, Ali refused to be drafted into the Vietnam War, stating that he would not fight for a country that oppressed black people. He was arrested and convicted of draft evasion, but his case went all the way to the Supreme Court, where he was ultimately vindicated.

Throughout his career, Ali continued to speak out on social issues, such as racism, poverty, and civil rights. He also became a UN Ambassador for Peace, and in 1996, he lit the Olympic torch at the Summer Games in Atlanta.

From the Huddle to the Voting Booth

Heath Shuler is a former professional American football quarterback and current politician. He played college football at the University of Tennessee, and was drafted by the Washington Redskins in the first round of the 1994 NFL Draft. He also played for the New Orleans Saints, Dallas Cowboys, and Oakland Raiders during his seven-year career in the NFL.

Shuler's political career began in 2006, when he was elected as a Democrat to represent North Carolina's 11th congressional district in the U.S. House of Representatives. He served in Congress from 2007 to 2013. During his time in Congress, Shuler was a member of the Blue Dog Coalition, a group of moderate and conservative Democrats. He also served on the House Ways and Means Committee and the House Agriculture Committee.

In 2012, Shuler announced that he would not seek re-election to Congress and instead ran for the U.S. Senate seat from North Carolina. He lost in the primary election to Kay Hagan, who went on to win the seat.

From the Ring to the Senate

Manny Pacquiao is a Filipino professional boxer and politician. He is considered one of the greatest boxers of all time, having held multiple world titles in eight weight classes.

Pacquiao began his professional boxing career in 1995, and quickly established himself as one of the top fighters in the sport. He won his first world title in 1998, when he defeated Thailand's Chatchai Sasakul to become the WBC flyweight champion. Over the next decade, Pacquiao would go on to win world titles in the super bantamweight, featherweight, super featherweight, lightweight, and welterweight divisions.

In addition to his success in the ring, Pacquiao has also had a successful political career in the Philippines. He was elected to the House of Representatives in 2007, and later served as a senator from 2016 to 2022. During his time in office, he has been a vocal advocate for issues such as poverty reduction, education reform, and environmental protection.

Despite his success in both boxing and politics, Pacquiao has also faced criticism and controversy. He has been criticized for his stance on same-sex marriage and LGBT rights, and has been involved in several legal disputes over the years. Despite this, he remains a popular figure in the Philippines and continues to be a major force in both the sporting and political arenas.

From Olympian to Equal Rights Activist

Jesse Owens is one of the most famous sportspersons of all time, having won four gold medals at the 1936 Olympic Games in Berlin. He is also known for challenging the racist ideologies of Nazi Germany, as he was an African American athlete competing during a time when segregation was still prevalent in the United States.

After his athletic career, Owens entered the political sphere, serving as a goodwill ambassador for the United States Information Agency. He also worked as a public speaker, advocating for equal rights and opportunities for people of colour.

From Quarterback to Presidential Advisor

Jack Kemp was an American football player and politician. He began his professional football career as a quarterback for the Buffalo Bills in the American Football League (AFL) in 1960. He played for the team for nine seasons, leading them to two AFL national championships in 1964 and 1965. He was also named the AFL's Most Valuable Player in 1965.

After his football career, Kemp transitioned into politics. He was elected to the House of Representatives from New York in 1970 and served until 1989. He was a member of the Republican Party and served as the Minority Whip from 1981 to 1989. He ran for the Republican nomination for president in 1988, but ultimately lost to George H.W. Bush.

In 1989, Kemp was appointed as Secretary of Housing and Urban Development under President George H.W. Bush. He served in that role until 1993.

In 1996, Kemp ran for the vice-presidential nomination on the Republican ticket with Bob Dole. They ultimately lost the general election to Bill Clinton and Al Gore.

From Hall of Fame to House to Representatives

Steve Largent is a former American football player and politician. He played for the Seattle Seahawks in the National Football League (NFL) for 14 seasons as a wide receiver. He is considered one of the greatest wide receivers in NFL history and is a member of the Pro Football Hall of Fame, after set several records, including most career receptions and most career touchdown receptions by a wide receiver.

After retiring from the NFL in 1989, Largent turned to politics. He was elected to the U.S. House of Representatives from Oklahoma's 1st congressional district in 1994 and served until 2002. He was a member of the Republican Party and was known for his conservative views.

Bing began his professional career in the National Basketball Association (NBA) in 1966 with the Detroit Pistons. He played as point guard for the Pistons for nine seasons, earning seven All-Star selections and leading the league in scoring during the 1968-1969 season. He was inducted into the Naismith Memorial Basketball Hall of Fame in 1990.

After his retirement from basketball, Bing transitioned into a career in politics.

In 2008, he announced his candidacy for mayor of Detroit. He was elected mayor in 2009, succeeding Kwame Kilpatrick, who had resigned due to a scandal. Bing focused on revitalizing Detroit's economy and reducing crime during his tenure.